Have you ever been ghosted? Urban Dictionary defines “ghosting” as the sudden end of a personal relationship with no explanation and no further communication.

So maybe you just started dating someone, you were getting to know them and thought things were going well, but then they suddenly disappear. Or has perhaps somebody you thought was a friend walked out of your life, blocked communication, and never gave you an explanation of why?

Statistics show that nearly 20 percent of dates ends in ghosting. It’s a sad commentary on modern life that the rate of ghosting is on the increase. What could be causing this? Through my own experiences as a psychic, and listening to stories from thousands of clients over the years, here are some things I’ve discovered:

Our culture is increasingly filled with disposable items. Plus, the anonymity of the internet acts as a safety curtain. Relationships can be less attached if they were formed by people behind a screen. This is definitely not the sole reason that people ghost others, but it does help ease the guilt involved with a breakup, to just block the other person and move on. 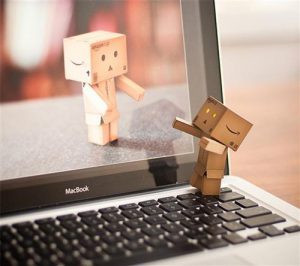 Some men are conditioned to be tough and resolute and not to share their feelings. Other men may have unaddressed residual trauma from their childhoods. A man’s inability to feel loving towards a romantic partner may be the result of a domineering mother or an absent father.

Women may have been encouraged to become independent, to work and earn in their own careers, and do not need a man to complete their world. Many women flaunt their power status in men’s faces, which can intimidate men and make them feel like they have no worth. Some women have lost the art of respecting men. It’s true that the greatest aphrodisiac men can receive is respect. Without it, men feel unattractive and belittled. Other women feel like they need to save a man instead of simply letting him find his own self-worth.

In both men and women, simply surrendering the fear of embarrassment would discover why relationship connections end. For example, perhaps you’ve been blocked on social media, but your phone number hasn’t been blocked. The person who makes the call to ask for clarification becomes the hero. Once clarification has been gained, closure can be reached and both people can go on with their lives.

Another reason people “ghost” is that the other party can’t accept post-breakup boundaries. This can get tricky because ending a relationship can be emotional and heated. The best thing to do in this situation is to perform a grounding ritual before telling the other person of the intent to end the relationship. Taking deep breaths also helps calm nerves and quench fears. It’s really true that other people can sense your energy when you state your intentions.

If You’re Being Ghosted

Now that we’ve discussed some of the reasons why people choose to ghost, let’s consider some things you can do if you’ve been ghosted.

Productivity and the Importance of Rest