I once had to break up with a woman, even though I loved her. It was one of the most difficult things I ever did. I didn’t see the possibility of a future for us together I wanted a future so badly.

The two of us were utterly and absolutely incompatible with each other in many major ways, but quite compatible in minor ways. Unfortunately, the major ones were the ones that really mattered. From my knowledge and experience up until that moment, I couldn’t picture a fulfilled and happy relationship for our future.

Ultimately, I’m glad I broke up with her. I met my wife after that breakup, and we’re still happily married to this day.

Incompatibility is one of the five most common reasons men cite for leaving a woman they love. Before we go through those reasons, I’d like to make something clear: These reasons are not meant to place the blame solely on the women.

Breakups are almost never the fault of just one person (though there are exceptions). Breakups are nobody’s fault It’s a matter of being incompatible. Keep this in mind as you read on.

This concept is commonly known as “the pleasure principle.” It’s a basic force driving almost everything people do.

Men tend to walk away from relationships if they involve too much “pain,”  such as hardships, drama, arguing, difficulties, and complaining. This pain avoidance significantly impacts his decision-making when he considers if he’s willing to invest more energy into preserving the relationship, or if he should simply move on.

Note that this isn’t a necessarily exclusive reason why men break up. Nobody wants to be in a relationship that lacks healthy communication about friction and problems. This doesn’t mean that you need to accept the things you don’t like about your partner. It just means couples need to develop productive, healthy communication skill s. 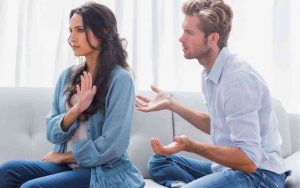 Men often extrapolate based on how woman reacts to “little things” to predict how she will react if and when the proverbial shit hits the fan.

If a woman can’t get herself together and is constantly emotional and negative, even while her man is trying to comfort her and explain things, he has no reason to think things will be better if pressure mounts in the future.

This may be on the stereotypical side. Because don’t we all do this? Don’t we all—especially when relationships first begin—constantly test and predict whether our partner is “bomb-proof”? And would we end it if we concluded that they aren’t?

This is a major one, and another one on the stereotypical side. Will a man leave a woman if he no longer finds her attractive, even if he loves her?

I’m going to state this plainly: Only a “bad man” would leave a woman because he’s not attracted to her anymore, especially if the relationship is showing promise and there were feelings involved—that is, it wasn’t just a mutually agreed-upon “physical” thing.

A “good man” will work on his own issues. And yes, reduced attraction to your significant other may be the man’s fault. A good man will do the work needed to rekindle his feelings of attraction.

Note that this doesn’t relate only to sexual attraction. If a man doesn’t feel deeply connected to a woman, and isn’t reminded periodically why he is with her, he will forget why he’s with her, and the relationship will just become just another chore to him. Feeling connected to your partner is crucially important. If you lose that, your relationship is in trouble.

The main mistake women make in situations like this is that they try to re-establish connections by trying to fix things. They try to talk it through and work on the relationship. Men wants to do things with women so they know the relationship is working. They don’t just want to talk to her. This is one of the major differences between women and men when it comes to fixing relationships.

Try setting “memory beacons” in your relationship by actually experiencing things together.— master challenges together, enjoy your lives together, do things that truly connect you to each other. 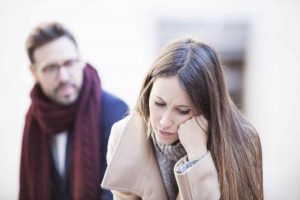 Though this is a classic that applies equally to men and women, it will have a far more negative effect on the relationship if the man behaves this way. If the relationship means everything to you and has become your life’s purpose, and you don’t have anything else going on—you neglect your friends, your career, your hobbies, and all the other things you have and do that define who you are—you’re needy. You are co-dependent. Neediness in relationships is one of the most significant turn-offs to both women and to men.

After a break-up, are you left wondering what happened to all of your old friends? Did you wonder why the pastimes that used to bring you pleasure don’t do that anymore? Do you wonder who you’ve become?

The answer to all those questions is that during the relationship, you lost yourself. Men often leave women because they see that the women were too dependent on them, and the women lost their own means of happiness.

The error most women make is that they try to make the man understand how the change will affect her, not him. People in general are motivated by the things they want, not by what other people want. You need to work together, not against each other.

One of the most critical things to do in a relationship is to create emotional experiences together. If a man feels deeply connected to you and committed to the relationship, then every little issue you face is just a bump in the road. It can’t hurt you.

But if he isn’t committed, then every minor issue will leave him frustrated and irritated, and will make him want to place blame on you and to withdraw from you.

Resisting the Urge to Commit Adultery