Resisting the Urge to Commit Adultery

I recently read an article that offered tips for people who don’t have enough self-control to resist the urge to cheat on their partners.

It got me thinking.

I immediately pictured that man in a lofty position suddenly viewing his secretary in “that certain way.” And somebody else realizing after a few drinks at the office Christmas party that suddenly his co-worker unexpectedly looks amazingly sexy. And, to complete the cliches, that wife in a sexless marriage feeling drawn to her close friend who’s always got his shoulder available for her to cry on.

But are all of those just cliches? Probably not.

I’ve often asked myself: What drives people to commit adultery? I received some interesting answers to that question when I posted it on my Facebook page. 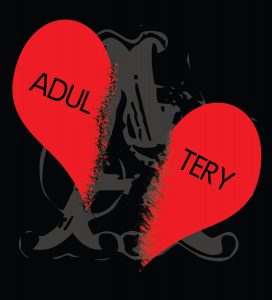 One man explained that his sexual interest in other women was much higher if he hadn’t had sex with his wife for a while. In other words, he credits sexual frustration for his urges to cheat. Similar responses came up a bunch of times, but interestingly only from men.

Somebody else mentioned that the temptation to cheat is based on a certain type of self-validation. They wrote, “if somebody wants to have sex with me, that means that I must be really lovable.”

Of course, there are many reasons people say they cheat on their significant others. But whatever it was that led to the infidelity, the first step is always having an openness to possibly being with somebody other than your significant other. That’s why the first step to counteract the urge to cheat is always to acknowledge that the urge actually exists, and to make it abundantly clear to yourself why it’s there.

The next important step is to re-connect with your significant other.

There many other suggestions on how to fight against the urge to cheat once they’re there. The suggestion that makes a lot of sense to me is just to flat-out avoid it. Don’t place trust in yourself, and avoid situations that present you with the opportunity to follow through on your urges. I will address this further in a future post.

If you can maintain and healthy sex life and strong bonds with your partner, even though life is happening and every other thing has become mundane, then you can minimize the odds that infidelity will ever occur within your relationship. Because the true secret of healthy long-term relationships is to keep things from falling into routines.

I’d really like to know: What do you think the reasons are for infidelity? Have you ever been tempted yourself? Have you been cheated on? Tell me about it in the comments section below. I look forward to hearing from you!

Don’t Lose Yourself in a Relationship